IDentiTech has the experience and the knowledge...

IDentiTech is an Australian company with a history that spans more than 20 years. Employing staff locally, IDentiTech offer a broad range of product and professional services to a multitude of industry sectors across Australia.

IDentiTech are specialists in end-to-end identity management solutions. Offering a broad range of products and services, we are able to work with our customers to provide a customised solution.

Our aim is to partner with our customers to ensure we provide companies and organisations with the latest products that are both cost and time efficient.  IDentiTech works beyond a sale and continues to support its customers with their changing needs. 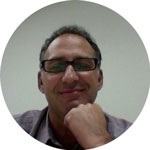 Colin was the founder of  Datacard South Pacific, majority shareholder and managing director for 10 years until he sold his equity back to the Datacard Group in 2010.

During his 24 years in the industry, Colin has been involved in nearly every major ID project within Australia and New Zealand as well as a range of other ID projects throughout Asia and Europe, including all current Australian Driver Licence programs and many other local, state and federal initiatives.

Colin has worked extensively with the banking and finance sector to implement new and existing card programs to local markets that include Visa, Mastercard, Diners Club and Amex to name a few.

He has spent many years actively involved in Smart Card technology both contact and contactless throughout Australasia and assisted local banks to implement smart card technology across their financial portfolios. 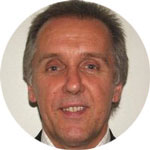 Prior to taking the helm at IDentiTech Anton founded 'Concept Data Marketing', more than 9 years ago and quickly built the business on a foundation of leading-edge technology for ID cards produced with secure online software.

Anton understands his customers’ needs and has implemented a number of key initiatives with Concept Data Marketing which he has brought to IDentiTech;

Anton has also had years of experience in the wholesale, manufacturing, importing and sales in the promotional products Industry.  He manages IDentiPromo, the Promotional Merchandise division of the business, ensuring that we deliver high quality products from  approved, trusted suppliers. 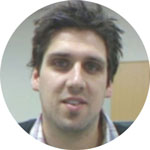 Daniel is an integral part of the team at IDentiTech ensuring all aspects of the card printing bureau and mail house operate efficiently.

Daniel’s experience in online data management solutions allows him to work closely with our card bureau customers, to ensure they get the best out of the system.

Daniel has a solid understanding of card printing and the production process from working in a card bureau environment. He has assisted two of our major clients with their internal information systems to ensure that the transfer of data and images to our card print bureau worked as efficiently as possible. 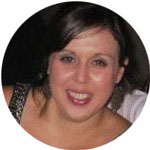 Before joining IDentiTech, Melinda gained experience in a range of sales and Marketing positions, in both the Business to Business and Business to Consumer markets.

Melinda’s responsibilities over the years have ranged from managing and launching brands into the Marketplace, event management, product development, consumer promotions, campaign management, customer communications (including both below the line and above the line advertising) and integrated website management. 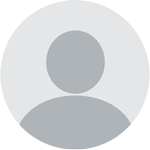 Teresa’s past experience in data management, accounts and customer service assists her in her role in IDentiTech’s Card Bureau.

Teresa plays an integral role in the day to day running of our Card Bureau and mail house, including daily production of ID cards, printing of personalised materials and customer support.